Mortgage Now, Inc.’s Chief Executive Officer, James Marchese, described the decision as a clear victory against companies who use illegal and overly aggressive methods to solicit their competitor’s employees.  “The harm done to Mortgage Now, Inc. as a result of Guaranteed Home Mortgage’s conduct exceeded the lost profits awarded by the Court, but the decision by the court in this case should be viewed as proof that employers really do have recourse against  unscrupulous companies who use “inside help” to steal a company’s employees.”

At the trial, conducted in February 2012,  Mortgage Now, Inc.  presented evidence that it lost approximately 100,000 in profits due to disruption in the workplace caused by Stone inducing his subordinates to terminate their employment at Mortgage Now, Inc.  The Court found that Guaranteed Home Mortgage Corporation’s Director of Business Development, Lou Tesoriero of White Plains, New York, played a key role in assisting Stone to solicit these employees.

Because of their coordinated actions, the Court held that Stone and Guaranteed Home Mortgage Corporation were both jointly liable for the monetary judgment.  The Court awarded $280,261.44 in lost profits and $59,207.53 in interest from February 2009, for a total of $339,468.97.  Mortgage Now, Inc. was also awarded its costs of litigation and has applied for compensation for its attorneys’ fees. 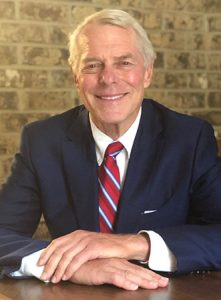 Gary has practiced employment and related business law in Atlanta since 1977. He is the principal and founder of Gary R. Kessler, P.C., and is Of Counsel with the firm Martenson, Hasbrouck & Simon LLP, based in Atlanta, Georgia. He can be reached via e-mail or by calling (404) 909-8100.